Sad event in Pilis-hills – unfortunately we could not help

As we learned, the young man covertly informed his relatives in a timed e-mail message that he is going to the area with suicidal ideation. Ha has left his home the previous day. In order to support the research, we collected information from the family, including a video film. Our rescuer has recognized the location where the video started, which was just nearby.

Following the video, they shortly got to the place shown in the end of the record, where they found the dead body of the young man.  The body temperature and stiffness have indicated that they were significantly late. As the video has been recorded a month earlier it is suspected that it was a premediated act.

We would like to express our condolences to the relatives.

On the evening of 22th September 22, we were alarmed that a young girl named Kinga had become incapable of walking on the steep slope close to the Ajándék Cave (Gift Cave) near Kesztölc, Pilis. Her partner, Daniel called the 112 emergency number and through this the Cave Rescue. After contacting Daniel, we known that was no any injury, only poor experience in trekking in difficult terrain and wearing inappropriate shoes. Based on this, we decided that there is no need for stretcher transportation. Equipped with rope, hot tea, a good size boot, a sandwich, plus a helmet, our rescue team launched. We learned from Daniel that the fire department was already looking for them, but a distant siren is heard only. We asked them not to move away from them venue and to warm each other as much as possible. Fortunately, it was dry weather, about 15-16 degrees.

Daniel was able to give their GPS coordinates, which revealed that their location was near the Gift Cave on the Csévi cliffs, about halfway between the top and bottom of the steep hillside. From Klastrompuszta we set off on foot in the direction of the coordinates and soon met one of the fire trucks parked under the Legény Cave. 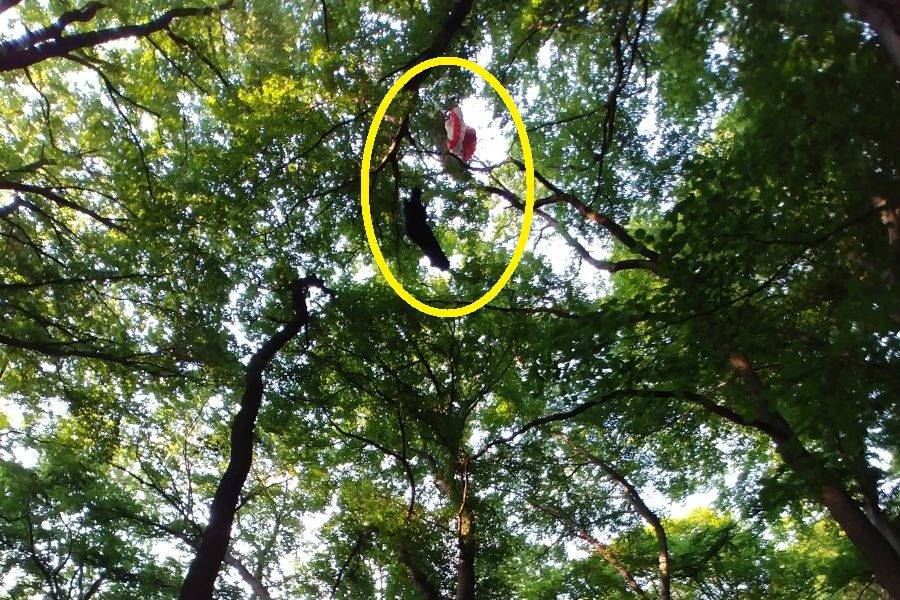 Accident in Hárskút - we assisted the Bakonyi Cave Rescue Service 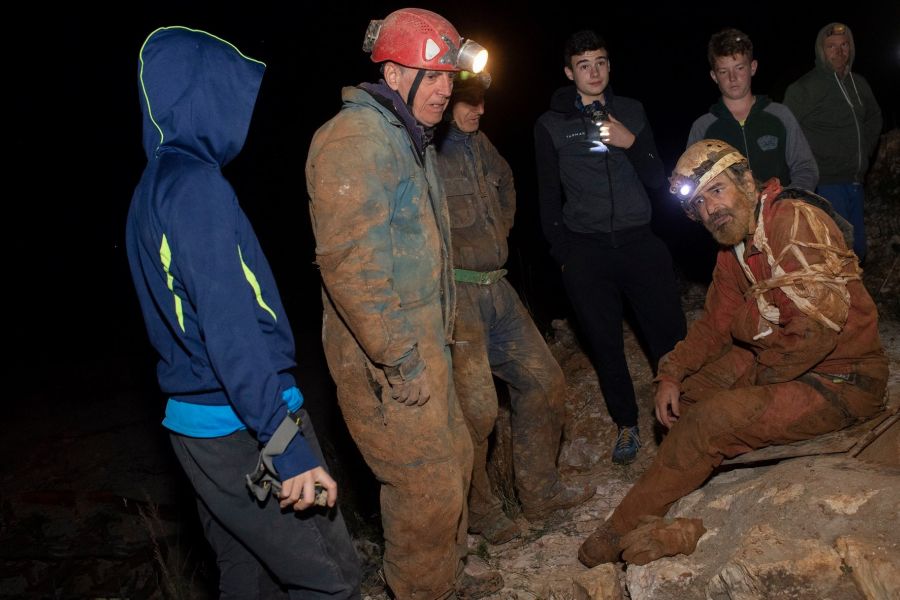 On Monday evening, July 8, there was an accident in Hárskút Cave.During one of the tours of the ongoing research camp, one of our caver friend lost his step under his feet while climbing, suffered a shoulder injury below the surface at a depth of about 40 meters and a good 200 meters away from the entrance.

His hiking companions immediately notified the Bakonyi Cave Rescue Service, who arrived at the scene with 17 cave rescuers and experienced cavers.

The injured caveman was found in a satisfactory condition with good and stable vital parameters, but they also determined that the narrow passages of the new parts of the cave could cause difficulties in getting to the surface.