Another accident in the Mátyás-hegyi cave 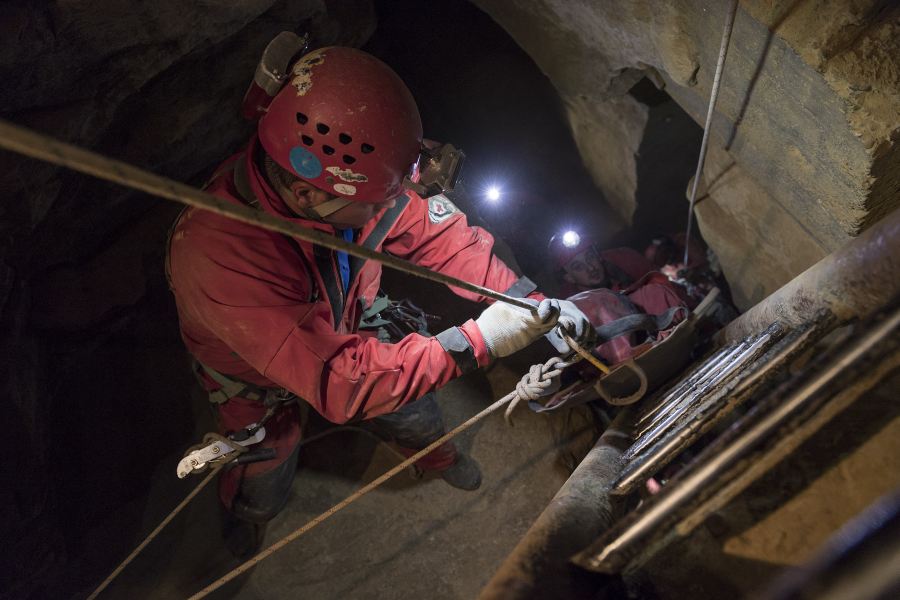 On October 4, 2017, at 16:45, the Hungarian Cave Rescue Service received an alert that a young man had suffered a knee injury in the Mátyás-hegyi cave (part of the Pál-völgyi cave system) in Budapest - the same cave where an accident had also occurred five days ago.

We immediately issued the alarm and then began marching to the scene with medical and rescue equipment.

The site of the accident is one of the very narrow passages of the cave, the so-called "Sandwich" squeeze.

Here, a member of a hiking group, David S. (a 22-year-old American citizen) sprained his knee while he crawled on all fours through the narrowest section. His injury was very painful, so he was unable to continue the tour.

The local tour guide - who has been an active cave explorer and trained tour guide for twenty years - secured the injured person, stabilizing the injured limb, and then covered him with insulating foil to protect from hypothermia (the temperature of the cave was 10 degrees Celsius). 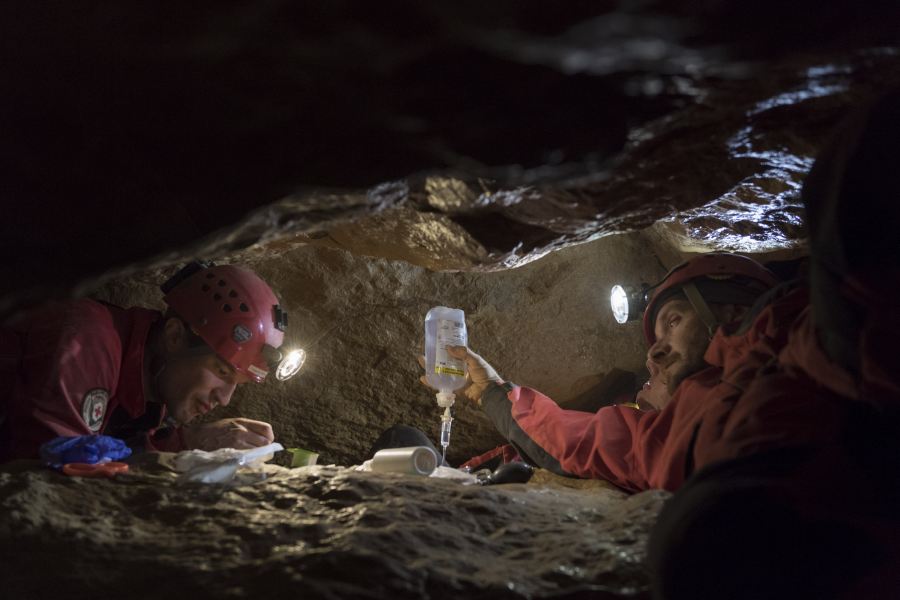 Our medical team, with a chief ambulance doctor and a paramedic, went into the cave at 17:40 and arrived at the scene in about 15 minutes. Examination of the injured person revealed that the kneecap of the patient’s right leg had sprained and he had not suffered any other injuries.

However the young man was in severe pain as a result of his injury. Then to appropriate vital parameters, the patient received an narcotic analgesic, and then under the influence of this, our doctor reponnected his knee on the spot (put it back in place).

The condition of the injured guy was thus significantly improved, however, due to the injury and the narcotic analgesic, it was not possible for the patient to climb to the surface on his own feet. Then it became necessary to free the young man from a narrow passage, which was carried out in a special cave rescue stretcher.

In the flat passage it was not possible to fully secure the young man with all the harnesses, but it was plenty enough to get him from the narrow section to the more spacious zone about ten meters away.

In the grain before the place named "Ruler", the patient could be properly and permanently secured in the stretcher with the harness systems, and the transport to the surface could begin. By this time, all the alarmed cave rescuers had arrived on the scene. From this point on, the transport took place along the already well-known route to the bottom of the entrance ladder. 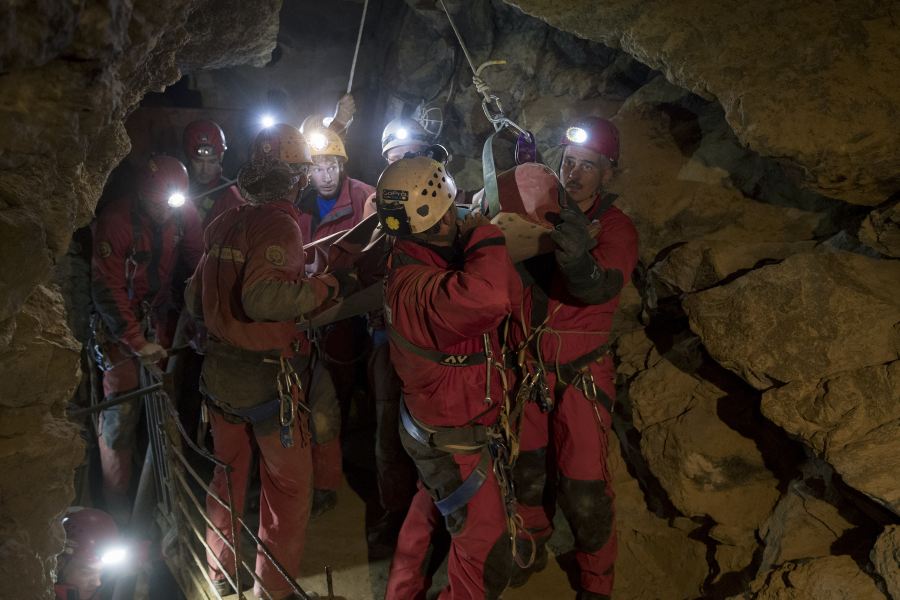 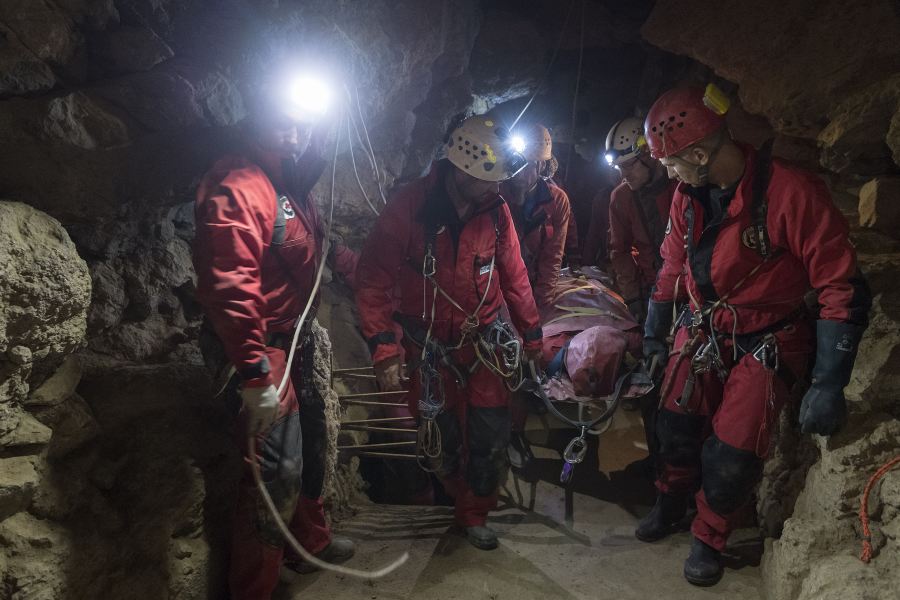 Near the 9-meter ladder, we pulled up the stretcher using rope technology, then delivered it through the entrance corridor to the surface at 19:40 and handed it over to the Hungarian Ambulance (OMSZ) vehicle waiting at the cave.

The OMSZ vehicle transported the patient to the Honvéd hospital on duty, we wish him recovery as soon as possible!