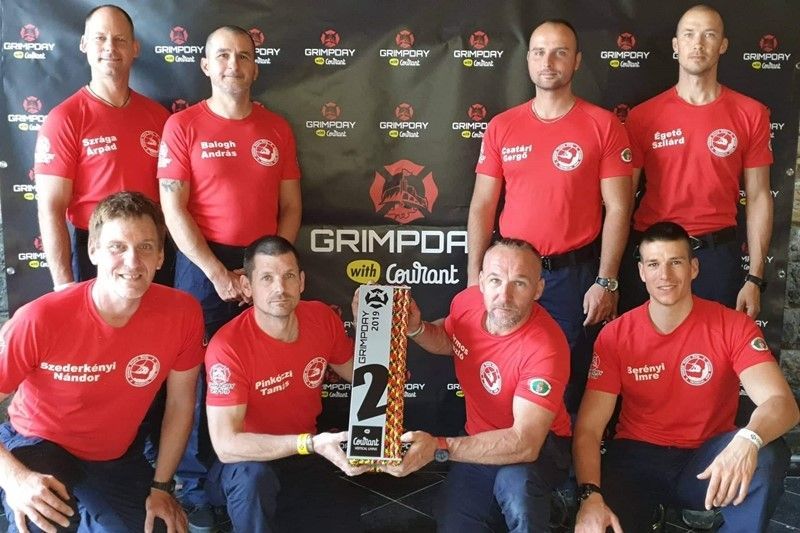 Grimpday, one of the most prestigious rope rescue competitions in the world, is held every year in the beautiful city of Namur in Belgium. Previously, there were Hungarian participants in 2011, where Richárd Horváth and Csaba Császár, members of the Hungarian Cave Rescue Service (BMSZ), strengthened the team of the Budapest Fire Brigade.

In this year's competition, the HUNOR team was also able to participate from Hungary. Hunor is the organization of professional heavy search and rescue, capable of being deployed under special circumstances under the National Directorate General for Disaster Management of the Ministry of Interior.

4 of the members of the starting team are active members of the Hungarian Cave Rescue Service in civil life. The competition featured 30 rescue teams from 13 countries from 4 continents, thus team members were very honored to participate.

The task of the first day of the race started with a 6km walk in full individual gear. The race started at the level of the river Sambre with climbing a 600 m strong ascent, everyone had to climb up and down a rope ladder on the wall of the fortress. According to several participants, the hardest task was to carry a 20m water-filled hose on an incline of more than 150m, of course with joint force, after which descending the castle wall on a rope was considered a rest. The track, which continues in the passages of the dungeons, meandered underground for 300 m. The difficulty here was the darkness and the internal height that forced the teams to walk bended constantly.

On the surface, the team ran on varied terrain to reach the 15m climb. This led to the highest point of the Citadel, where several teams were apparently struggling with the lack of oxygen. After a downhill track the next technical obstacle to the was ropework on a castle wall-slope-castle wall combination with a level difference of about 25 m. The descent from the wall was followed by a 300 m run on descending terrain, which ended up in the finish line. Walking back to the Namur Fire Department proved to be a pleasant derivation. 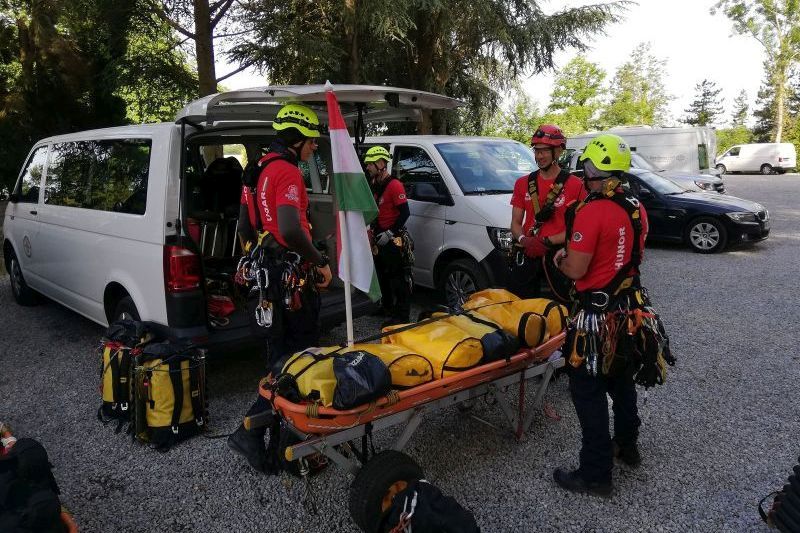 On the second day of the race, the challenges continued at the famous citadel of Dinant City. The easiest task was to pull up stretcher with an injured person. Of course, there was also a pipe made of wire mesh along the castle wall, through which the injured and his companion had to pass. Oddly enough, the second situation was also aggravated by a tube, but the stretchers of most teams could not fit through this, so the teams had to use the organizers board stretcher.

Using the rigging of the team stretcher, it had to be made convertible to a hanged and tiltable design, as the injured had to be positioned in a horizontal position below and above the tube. On the other side of the Citadel, the task was to pull up an injured man with a broken arm, with a little surprise. During the first approach descent, teams also found a person crouching in a window, who had to be secured and later rescued.

As the closing challenge, under the 70 m Dinant viaduct, the task was to get the whole team and the injured in the stretcher on the pre-installed rope. Everyone could put on as many ropes and other gear as they wanted, but only by climbing. The technical difficulty was the yoyo effect resulting from the flexibility of the 70m long ropes, and then the access to the roadway. Our team moved the injured with a live counterweight technique that relieved him of the yoyo but meant a lot of rope climbing for the counterweight. 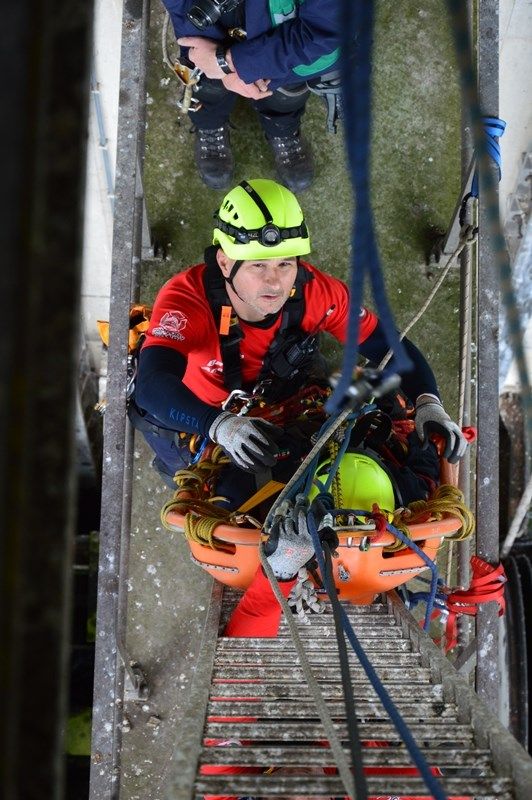 There were 3 tasks waiting for us on Saturday's closing day. The first is the DAM, a dam where a person is injured at the lower water level at the sluice of the river Maas, who was resolved by our team without fault point in the narrow shaft staired with stairs and ladders, also using cave rescue methods. In the SHOOL (school) task, the injured person had to be lifted from a window onto the roof and then lowered on the other side. The difficulty was that the severely injured victim had to be kept in a horizontal position throughout the exercise, while there was no anchor point on the roof, only at ground level next to the building.

The VIADUKT task gave the team an exciting situation. A vehicle was stuck on the edge of a container with an injured person, in need of urgent care. Unfortunately, the surroundings of the vehicle were electrified within 15 m of the approach direction, but the vehicle was not. It was possible for specialists to pass through the complex ropeway installed on the viaduct above the site, but there was a great need for medical assistance who had to be escorted first as a "package" into the vehicle and then into the safe zone on the other side. Of course, the injured had to be taken out with care as well.

HUNOR solved this task with a two-person "elevator" with two remotely operated traction systems. One was trampled by a team standing on the ground and the other by a specialist hanging at a height of 30 m. According to him, during the difficult approach, he could only take his left hand cramped to the rope with the help of his right and then pulled up 2 people alone twice. Therefore, congratulations from two judges came immediately, as they have not seen such undertaking.

We concluded the last task with perfect, witty and safe performance.

The closing night was in a high mood, but we didn’t even think that we could celebrate our SECOND PLACE along with our new friends, competitors and judges.

Our result, among other things, gives us the opportunity to participate on Grimpday Asia competition, where the organizers invite the first three winners to participate. So next time you can support us in the Hong Kong competition on November 22-24, 2019! 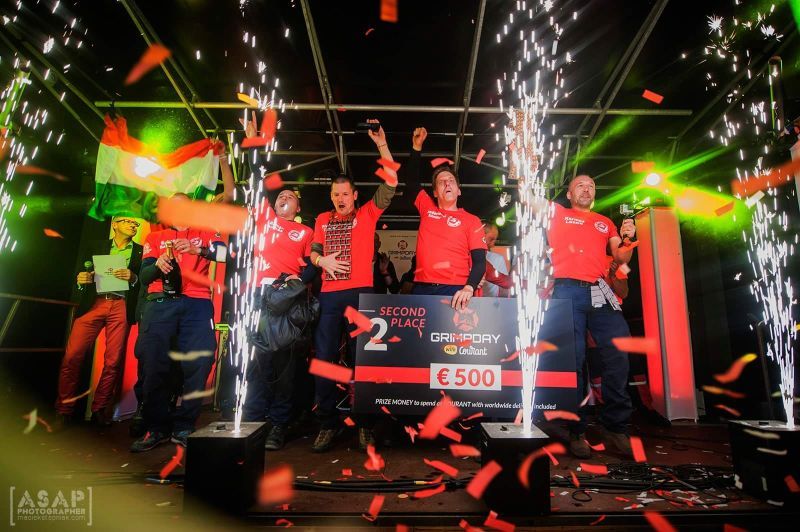 You can read more about the event here (HUN):